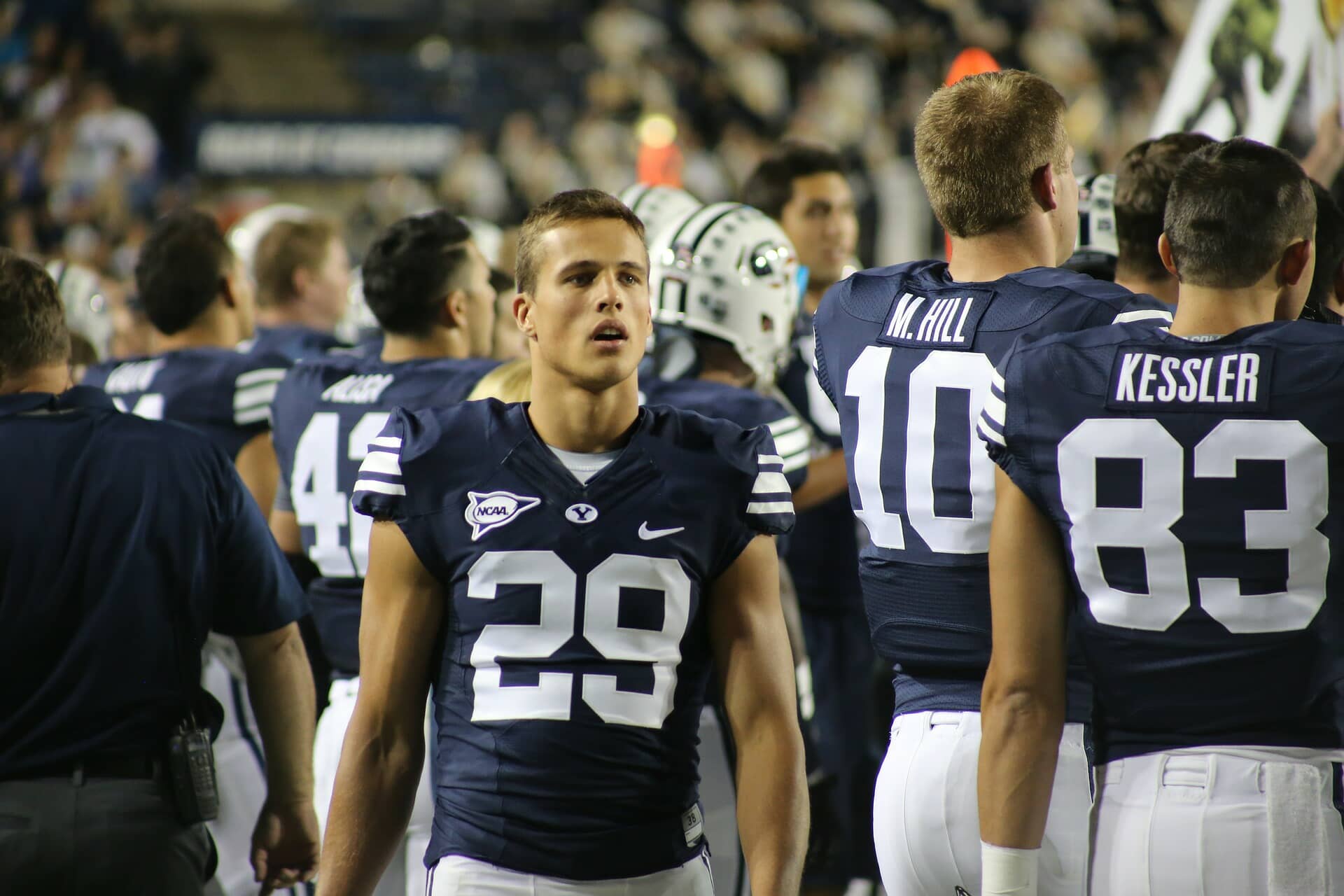 As I write this blog it is currently half time with the lights down watching the New England Patriots and Los Angeles Rams play. I must admit the Rams need to do a lot better in the second half of the game, currently the score is 3 – 0 to the Patriots.

Perhaps the Rams will turn it around in the second half? We will have to see.

I am now going to get another mug of best coffee and personally I support the Patriots as they are a better team. However, who cares about the first half?

We are now in the second half and anything could happen.

I am certainly loving the game.  However, I am not going to get too emotional as I am more of an Eagles Fan. 🙂 But an intense game as always.

As I write this I am watching the game from the United Kingdom and it is approaching 2am here in the morning. How is that for a dedicated NFL Fan? 😉

The NFL series is getting more popular here in Great Britain and I think soon they will build a new NFL Franchise and bring all the teams over here to play. How this would work I am not sure but interesting and would be awesome for UK NFL fans.

There are actually 4 NFL teams as part of the international series, that will be playing in London for 2019 so at least we are going in the right direction.

A quick update after watching the super bowl: The Patriots had a sixth record win of 13 – 3, truly impressive. However, it was not until late in the third quarter when they started to put the pressure on the Rams.

Nice and outstanding performance guys! You have every right to stand tall and be proud.

Drinking your Favourite Strongest Coffee is awesome. I love it, you love it, we all love it. It can keep us functioning all day to get those important tasks done. However, perhaps too much of a good thing is not good at all. The intake of caffeine by … END_OF_DOCUMENT_TOKEN_TO_BE_REPLACED

You are probably wondering what the title of this post is about. Well as you know if you have already explored around on this blog, I am a fan of the NFL Football Series. I wanted to create this site so you can support your team with a coffee mug of … END_OF_DOCUMENT_TOKEN_TO_BE_REPLACED

I was browsing through Youtube looking to see what insights where available about the Philadelphia Eagles with people using their Coffee Mug within the Football Game. What I stumbled upon shocked me! But at least it was in a humorous way. However, … END_OF_DOCUMENT_TOKEN_TO_BE_REPLACED

The NFL is now in full swing and you are knocking back coffee with your football mug supporting your team as you watch live, so now its time to learn how to clean your coffee mug before the next game. In the last article we discussed about the … END_OF_DOCUMENT_TOKEN_TO_BE_REPLACED