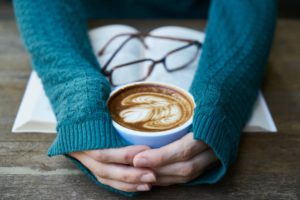 Drinking your Favourite Strongest Coffee is awesome. I love it, you love it, we all love it. It can keep us functioning all day to get those important tasks done. However, perhaps too much of a good thing is not good at all. The intake of caffeine by some NFL Players is getting crazy it is said and even on the same day as playing the game.

According to Chris Long from the Philadelphia Eagles defense player, he mentioned to all of his twitter friends that quitting the caffeine rush is recommended as he felt so much better himself. This is not completely true for Chris Long as he has not given up coffee drinking since on the day of playing the game he still drinks crazy amounts of coffee just before playing.

It is true that the caffeine trend at the NFL is truly swinging with both coaches and players, drinking bizarre quantities of coffee.

The LSU football coach Ed Orgeron who has a reputation for consuming large amounts of caffeine has highlighted that he is taking energy drinks in high amounts.

I would argue that this cannot be healthy for the body and that the players should be taking both energy drinks and coffee in moderation. Also, the other issue with all of this is addiction!

When you are addicted to something it becomes an obsession. Also, it is being used as a crutch where you become dependent on it in your life. You will find it becomes a controlling factor. You can only achieve your goal if you have your fix, but that fix could be harming your body.

Let’s hope that moderation can be the new buzz word that the NFL players can catch on to and start drinking less coffee and not more.

As I said at the beginning Coffee is a wonderful think but too much can cause problems.

What do you thing? I love to know your thoughts.

This site uses Akismet to reduce spam. Learn how your comment data is processed.